I’ve continued working on the P2P graph simulator and I have added directed connections and a random message delay. I’ve also finished implementing the most basic protocol possible where each peer just connects to as many peers as it can find. The algorithm is very simple. When a new peer connects to the network, it sends a connection request to the node it knows. The receiving node anwers with the list of peers it is connected to. The connecting node in turn sends connection requests to every new peer it received.

Failures are handled by periodically checking each existing connection. If a connection stops working for some reason, a node sends all its peers to its peers and they themselves check if there is a peer to be added back. 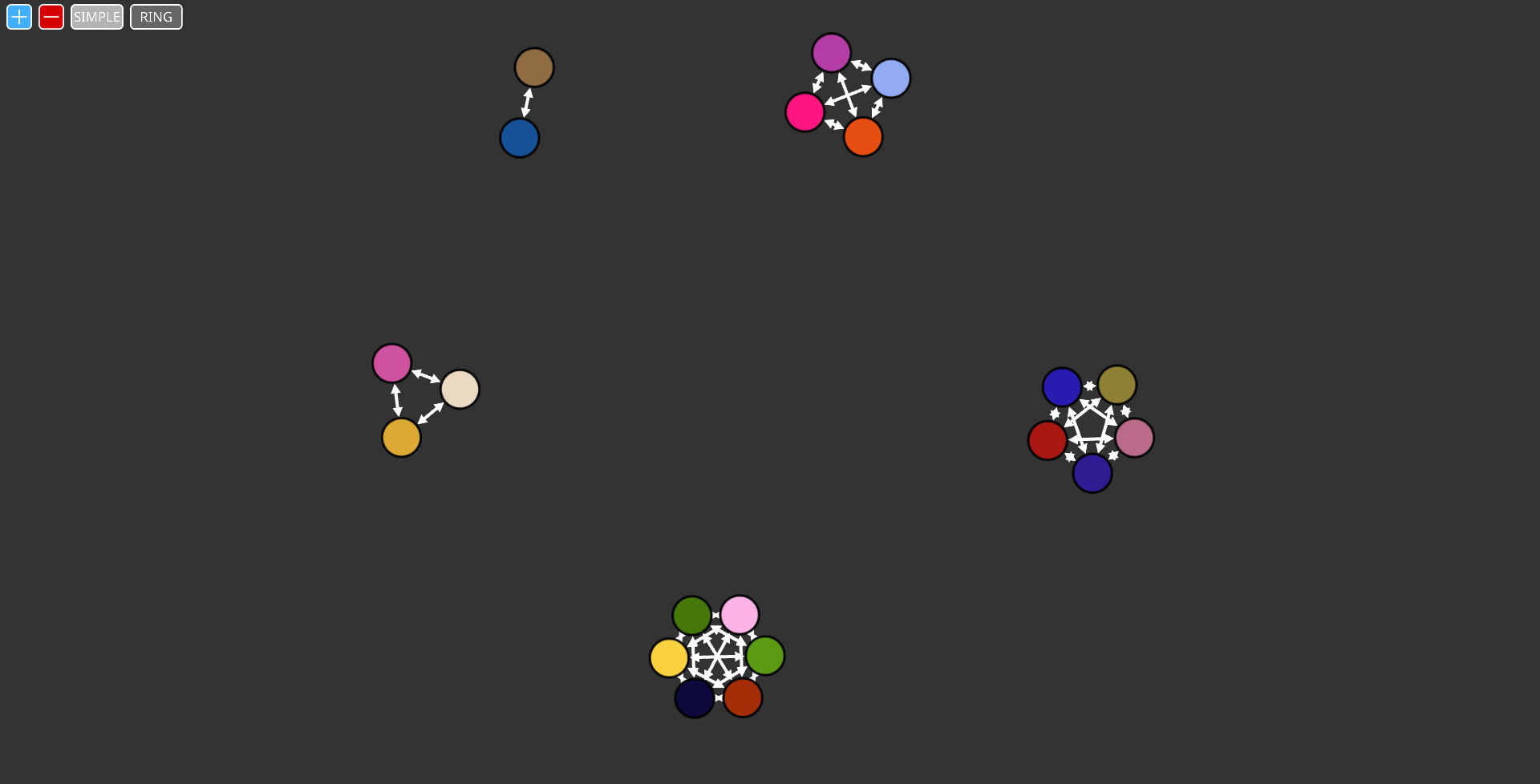 What I’m doing right now is implementing the Ring Network protocol described in this paper.1

I’ve added the Ring Network protocol described in this paper1 to the P2P graph simulator. I’ve also set a limit on the number of neigbours purely because th...

For some time I’ve been wanting to start a project related to web development or networking, so I decided to create a chat application. The premise of this c...

This past week I challenged myself to make a simple 3D voxel platformer from scratch in C++. I reused a small amount of code from my previous voxel experimen...

I have finished implementing screen space ambient occlusion which enhanced the look of the final rendering result: