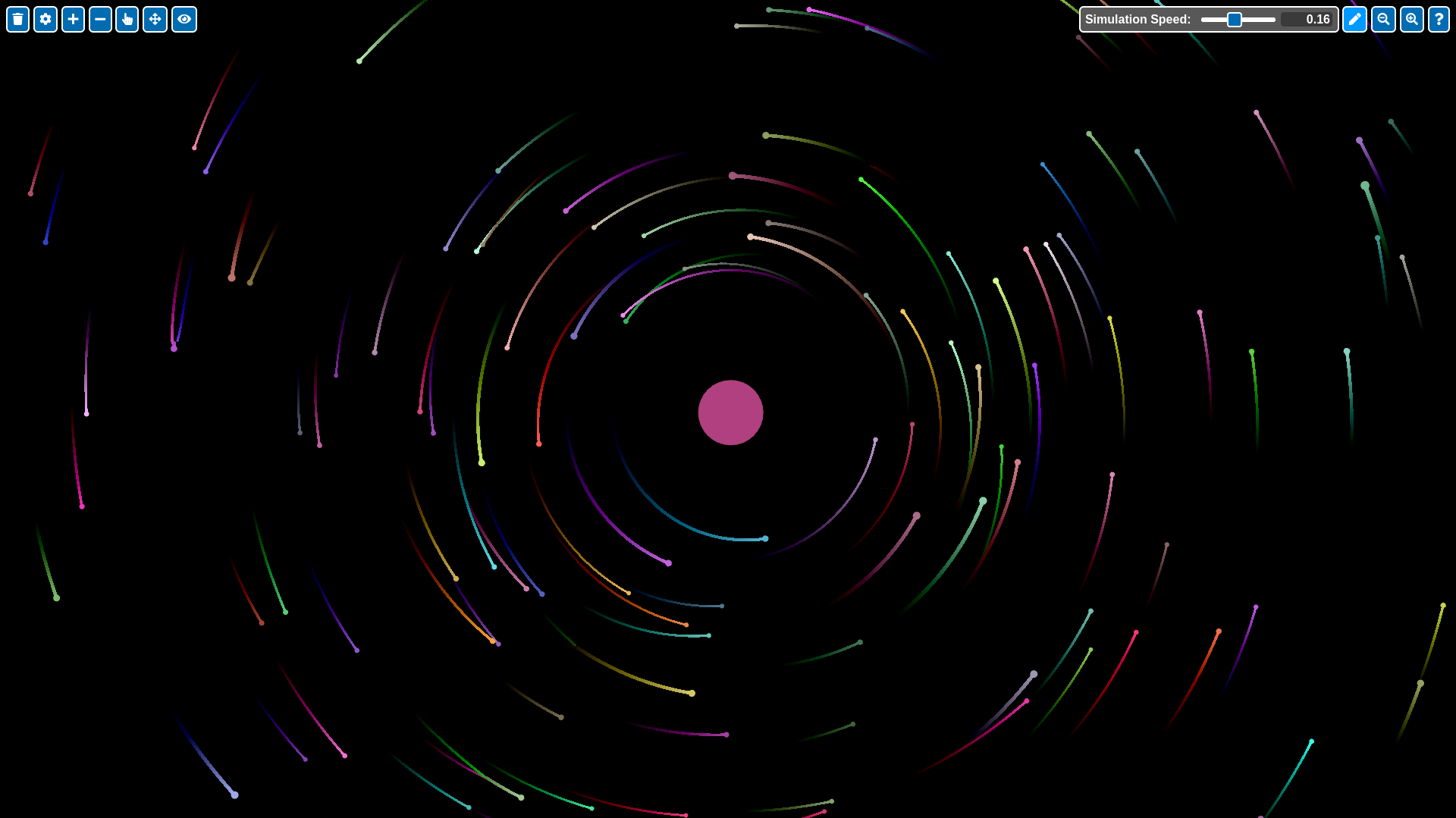 On a break between university terms, I decided to start a toy project in TypeScript, WebGL, HTML and CSS. I had already played around with gravity simulations when I was younger, but it was a long time ago and I felt like revisiting that topic, so I started working on this project.

In the top left portion of the screen, you can find the ‘reset’ and ‘presets’ buttons. The reset button resets the world to its original state. The presets button opens a form which allows you to choose from multiple initial world states. There is, for example, a ‘Simple star system’ preset which generates a star orbited by a large amount of small bodies. There are also more complex presets such as ‘Custom star system’, which allow you to configure the distributions of the bodies, the mass of the star and other parameters.

You can add new bodies by activating the placement mode (click the plus sign). In this mode you can place bodies by clicking on the background. The mass of the new body is set through the slider that appears next to the buttons. If you keep the mouse button pressed and drag the mouse, you will see an arrow. This arrow represents the initial velocity of the body.

Bodies may also be removed by activating the removal mode (click the minus sign) and clicking on them. There’s also a body mover mode (hand button), which allows bodies to be moved by dragging them.

The view can be moved through the camera mover mode (click the arrows button). You can also zoom in/out through the buttons on the top right section of the screen or by simply scrolling the mouse wheel. Bodies can be followed automatically through the follow tool (eye button). If you click on a body with this tool activated, it will be followed by the view.

Body trails can be shown by activating the pen toggle button on the top right of the screen.

Since one of the goals of this project was to learn a bit of WebGL and apply some of the linear algebra knowledge I got from my university courses, I implemented a simple 2D renderer with my own vector and matrix classes/functions.

One other goal was to improve my CSS skills, so I played a lot with designing the UI. I used Less to reduce code duplication. The GitHub page was generated with Parcel.